heard the one about the rider who got caught in a cosplay delivery? - Goodfoodtour

heard the one about the rider who got caught in a cosplay delivery?

The habits with which we order food have developed in some capacity since the cave days of, when our ancestors would hunt and drag carcasses back to cave. These days, friendly pink soldiers brave the wind and the rain to bring us fried chicken. We love riders for loving our appetites.

The average rider makes ___ deliveries a year, so you’ve go to wonder how many of those are breezy and easy. We spoke to a couple of riders from around the world and girl, did they give us some gossip.

“I got married in my rider gear because I’ve made a bunch of friends through riding and we reckoned it would be a sweet way to make the wedding ours. We all wore the jackets over our suits. My wife wore a white dress which we thought the foodora pink matched well with. I can also quite confidently say that i’m the only person in the world to have gotten married wearing a foodora jacket.”

“We delivered 150 meals to a home for orphans, single mothers and senior citizens once. Five of us took a cab and when we explained to the driver what we would doing, he refused to charge.”

“The closest I ever came to participating in cosplay happened during a foodora shift. I still get nervous reliving the story! I arrived at the address in Berlin, Germany, with an order for a couple burgers, only to be greeted by a woman wearing full dominatrix attire. My first thought was that I wish I had the body confidence to greet strangers wearing such and outfit. Then I followed her arm to see a leash with a human crawling towards the door at the other end. The human was scantily clad in a dog cos and proceeded to grab the foodora bag from my hand, using it’s mouth, to which I obliged. The woman kindly smiled, gave me a tip and closed the door. I suppose cosplayers like good food too.”

“You know when you get home envy? Like, when you visit a house and feel like you’ve made a strong, personal connection with it? That’s how I felt when I happened to stumble across a mansion that was hidden behind a pretty grimey garage door, last summer. I literally wept with house envy when I crossed the rock garden connected the biggest house I’ve ever seen to the most fruitless side street in Europe.”

“As an Orange is the New Black fan, delivering foodora to a prison guard was basically the best thing that’s ever happened to me. They actually made me pass through magnetic safety doors and down some corridors before reaching the guard who had actually ordered. Apparently, prison guards like chicken nuggets, but who doesn’t.”

Want in on the fun? Sign up to be a rider in your country now – we cover ten countries in Asia Pacific! 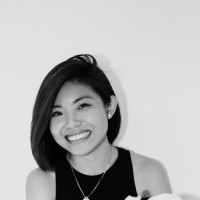 food mash-ups that are so weird, they’re good